Organisers of the 2019 Africans Unite concert scheduled to take place in Cape Town at The Lawns on the 23rd of November and Tshwane’s Sun Arena on November 24 have just announced Burna Boy in their line up..
Despite Burna Boy’s tweet two months ago where he stated he would never set foot in South Africa, it looks like he will headline the Africans Unite concert and SA rapper, AKA has just dared him to put hands on him in his own country.
Recall last month following reports of alleged xenophobic attacks in South Africa, Burna Boy took to social media to express his anger and in one of his Tweets he threatened to deal with AKA whenever they meet.
Now, AKA is taunting him on social media and even went on to say, ‘he must just apologize so we can forgive him’.
See his tweets below… 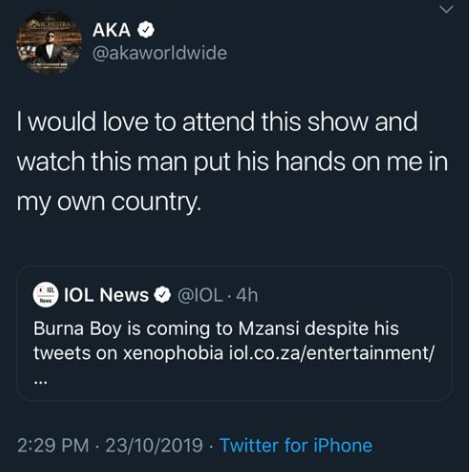 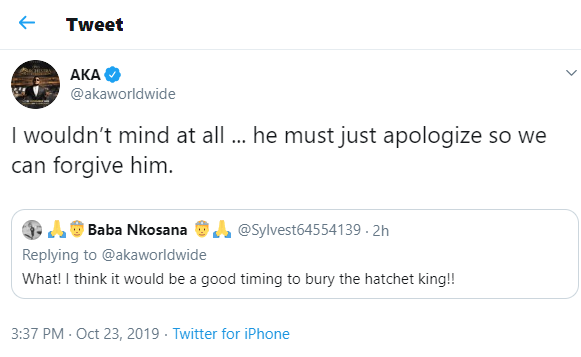