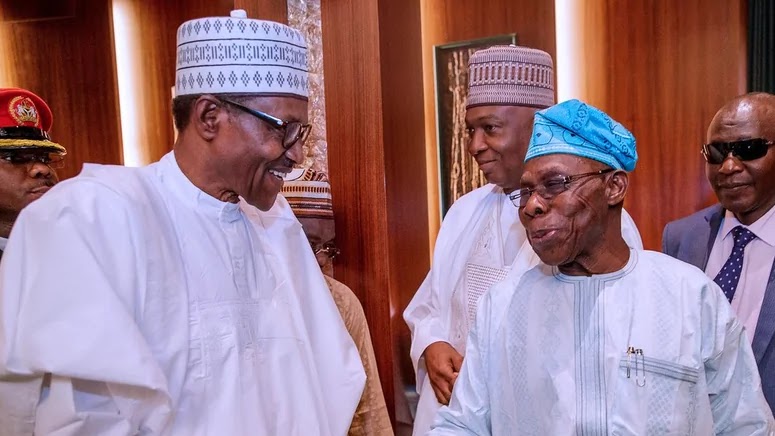 The Miyetti Allah Kautal Hore, a Fulani socio-cultural organisation in Nigeria, has demanded for the arrest of former President Olusegun Obasanjo over the latter’s recent open letter to Muhammadu Buhari.
The organisation, through its national secretary, Alhassan Saleh, asked President Buhari to immediately arrest Obasanjo arguing that the latter does not mean well for the country’s progress.
Vanguard reports that while speaking with journalists on Monday, July 15, Saleh said the Fulani should not be blamed for the escalating insecurity in the country.
“The fact that there is insecurity, I don’t think the Fulani are responsible for it. The narrative that we are responsible for the insecurity is even the problem we have with the Nigerian state.
“When any crime happens, even before there is an investigation, people rush to the press and start accusing Fulani herdsmen.
“Herdsmen are supposed to be carrying herds of cows but if somebody is a criminal or an armed robber, he should be treated as such,” he said.
Saleh further argued that if Obasanjo, in particular, having ruled this country for so many years and with his network of security contacts, both locally and internationally, has information, he should be made to volunteer it.
“The earlier they get him (Obasanjo) arrested and dealt with, according to the laws of the land, the better. He doesn’t mean well for the country.
“We just elected a new government; we have a National Assembly that was just inaugurated. Nobody needs any conference, except they are pushing for something else,” he said.
He expressed worry that every crime in the country is now attributed to the Fulani simply because the president is from the group.
“We are just waiting and watching carefully because we are not demanding too much from the Nigerian state. All we are saying is give us space to graze our animals. That is not difficult,” Saleh said while slamming Professor Wole Soyinka for supporting those he called discredited politicians.