The Economic and Financial Crimes Commission (EFCC) has arrested 28 suspected internet fraudsters in Enugu State.
A statement from the anti-graft agency on Friday disclosed that the suspects were arrested during a raid of two residential buildings at Maryland by operatives of the EFCC Zonal office in Enugu.
According to the statement, the raid was in line with the anti-graft agency’s resolve to completely wipe out the menace of internet and cybercrimes in the South-East region.
The arrests made on Thursday followed intelligence obtained by the Commission regarding activities of some of the suspects alleged to have defrauded many unsuspecting victims within and outside the country of huge sums of money through their nefarious operations.
In the course of executing a search at the residences of the suspects, the EFCC said many of them attempted to destroy some phones found on them with.
It added that a female suspect was caught trying to flush a broken iPhone down the toilet but the phone was recovered by the operatives.
Items recovered from the suspects include four Apple MacBook systems, two iPhone XS Max and other types of iPhones and HP laptop computers.
Other are two Toyota Camry, four Toyota Corolla, one Mercedes Benz GL450 cars and several mobile phones.
The EFCC said the suspects have volunteered their statements and would be charged to court as soon investigations were concluded.
See photos below: 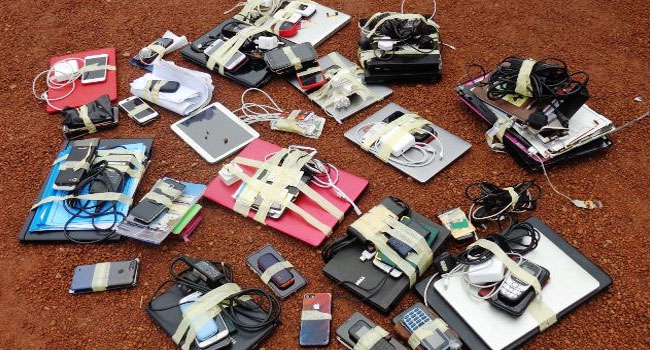 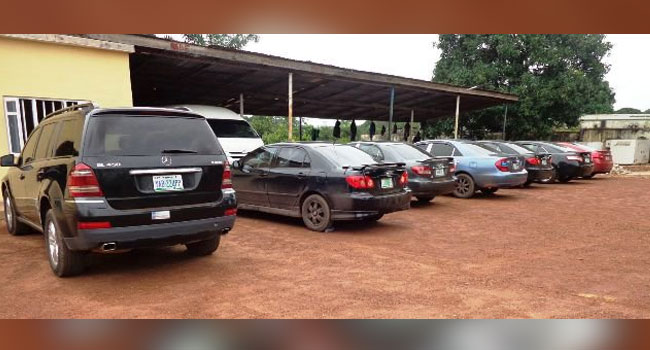 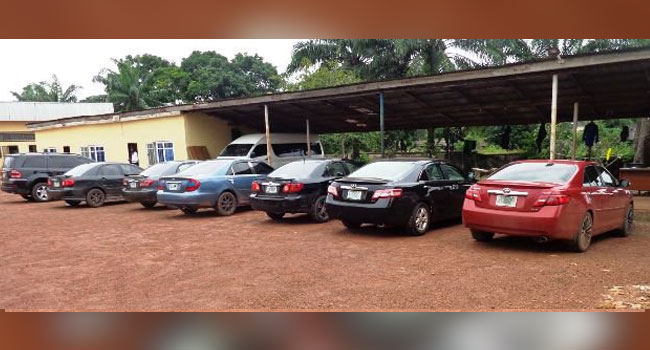 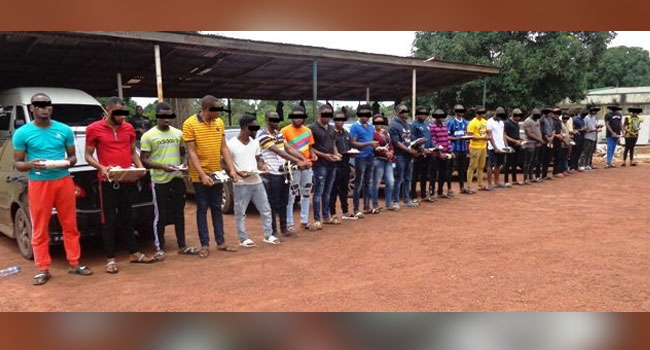