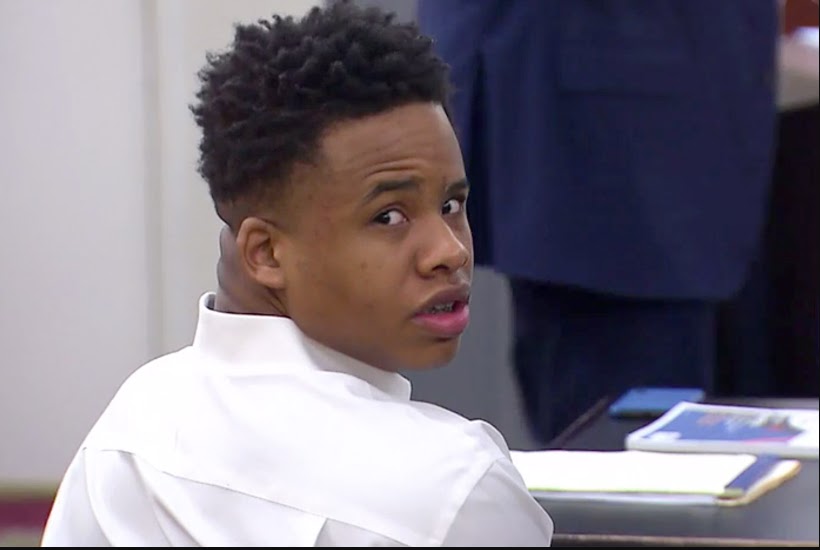 American rapper, TayK, has been sentenced to 55 years in prison for his role in a 2016 murder.
A Tarrant County, Texas jury found Tay-K guilty of murder last Friday, July 19. The rapper was accused of participating in a botched July 2016 home invasion robbery that left 21-year-old Ethan Walker dead. Tay-K was 16 years old at the time of the incident.
He was also found guilty of aggravated robbery in the robbery and shooting of Zachary Beloate, who was wounded but survived.
According to the Fort Worth Star-Telegram, the 19-year-old rapper—legal name Taymor McIntyre—also received a 30-year prison sentence for aggravated robbery and two 13-year sentences on two additional counts of aggravated robbery. The sentences will be served concurrently. He was also ordered to pay a total of $21,000 in fines.
“In short, we can’t control this guy,” prosecutor Jim Hudson said in court. “We can’t control him when he’s out in the streets and we can’t control him when he’s behind bars.”
Tay-K, is also facing a capital murder charge in Bexar County, Texas, where he allegedly shot and killed a 23-year-old photographer named Mark Anthony Saldivar.
In addition, he is facing three lawsuits: a wrongful death lawsuit from Saldivar’s mother, a lawsuit from Ethan Walker’s parents and Zachary Belaote (who was also harmed in the July 2016 home invasion robbery), and a lawsuit from Owney “Skip” Pepe and his wife Barbara. The Pepes claim that Tay-K assaulted Skip in a park in May 2017.