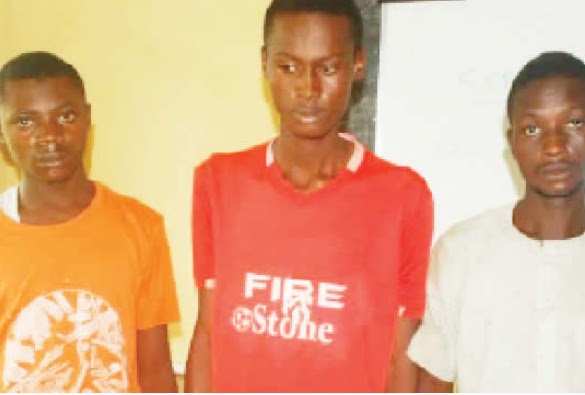 The Niger state police command have arrested three suspects, Abdulrahman Ahmed, 19; Isyaku Umar, 20; and Adamu Sani, 20, for allegedly gang raping a 14-year-old girl in the Maitumbi area of Minna, the state capital.
Confirming their arrest, the state police command spokesperson, Mohammed Abubakar, said the men kidnapped the girl while she was out on an errand and then took turns to defile her. The mother of the victim was informed of what had happened to her daughter and she reported the matter to the police.
Abubakar added that the suspects have confessed to the crime and would be arraigned in court soon.